This dam crosses a large expanse of Honker Bay on Lake Barkley in Land Between the Lakes. The left side of the photo is the open bay and the right side is called Honker Lake - so named for the Giant Canada Geese the frequent the area. On this particular day the wind was blowing in from the bay side which kept the water open, but the dam blocked the wind causing Honker Lake to freeze. 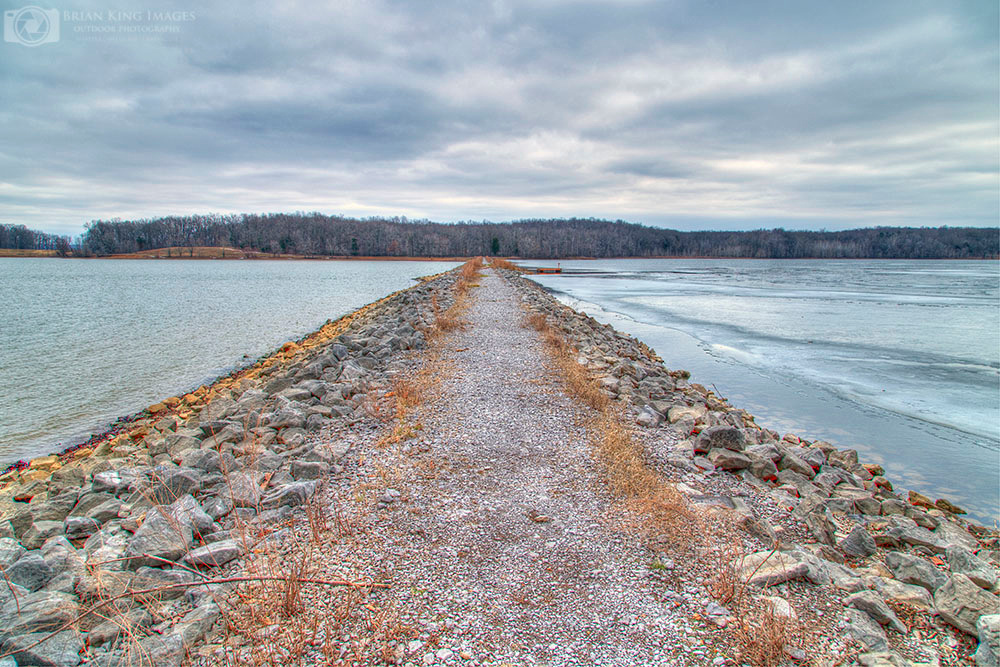 Linking to Our World Tuesday

Ida P. Krause(non-registered)
Brrr....It's interesting how part of the lake was frozen like that. Lovely scenic photo.
Mersad(non-registered)
A really great frosty landscape. Would love to take a walk there.
Pamela Gordon(non-registered)
I like this photo and the name Honker Lake made me smile.
Kim,USA(non-registered)
That is beautiful!! Love it!