One day recently I went to the garage to get something and while I was there I kept hearing a buzzing sound from above. As I looked around to figure out what it was, I spied a hummingbird up near the ceiling. Despite the fact both garage doors were open, the hummer kept trying to fly upward literally banging itself against the roof. It's not the first time birds have been in the garage. Every spring Carolina Wrens start nests somewhere in the garage and hummers have flown inside in the past and had difficulty finding their way out.

As I watched, this hummer basically dropped from the air and landed somewhere in the second floor loft. The upper portion of the garage gets quite hot in the summer and it appeared the hummingbird had exhausted itself trying to find a way out. I located the little one on some boxes and picked it up in a towel and took it outside. After several minutes it did not seem in any shape to fly off so I carried it to a table on the front porch where it would be in the shade.

Long story short, it took almost two full days before the little one recovered enough to fly off on its own. Fortunately, we were able to feed it nectar by hand (or finger as it were) to help it regain strength. It's pretty cool to feel a hummer's tiny tongue against your finger as it drinks! While it was recuperating, I was able to get close up photos I would never otherwise be able to get. 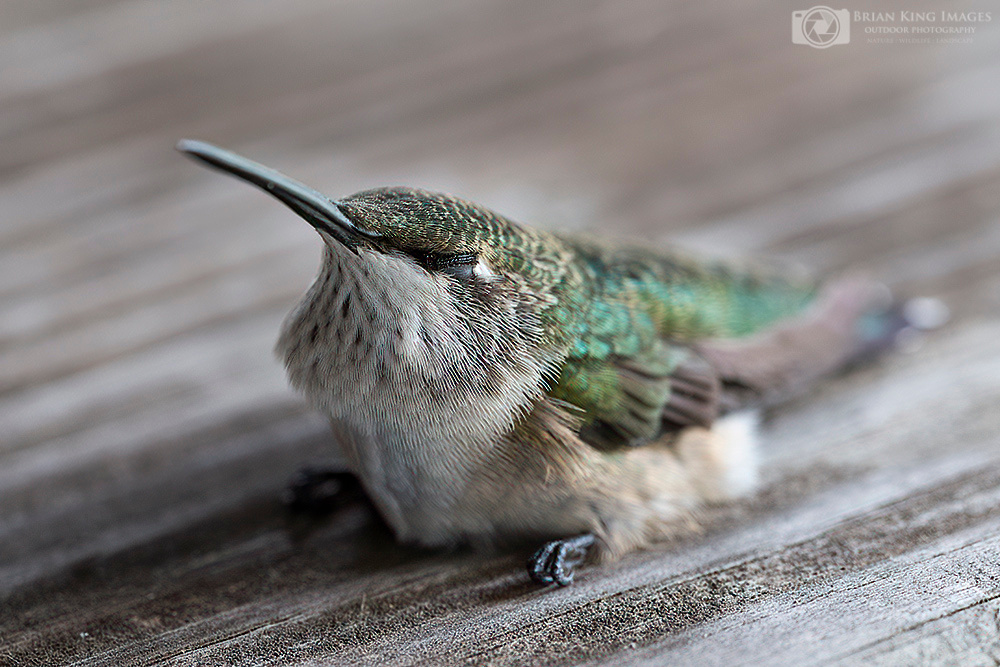 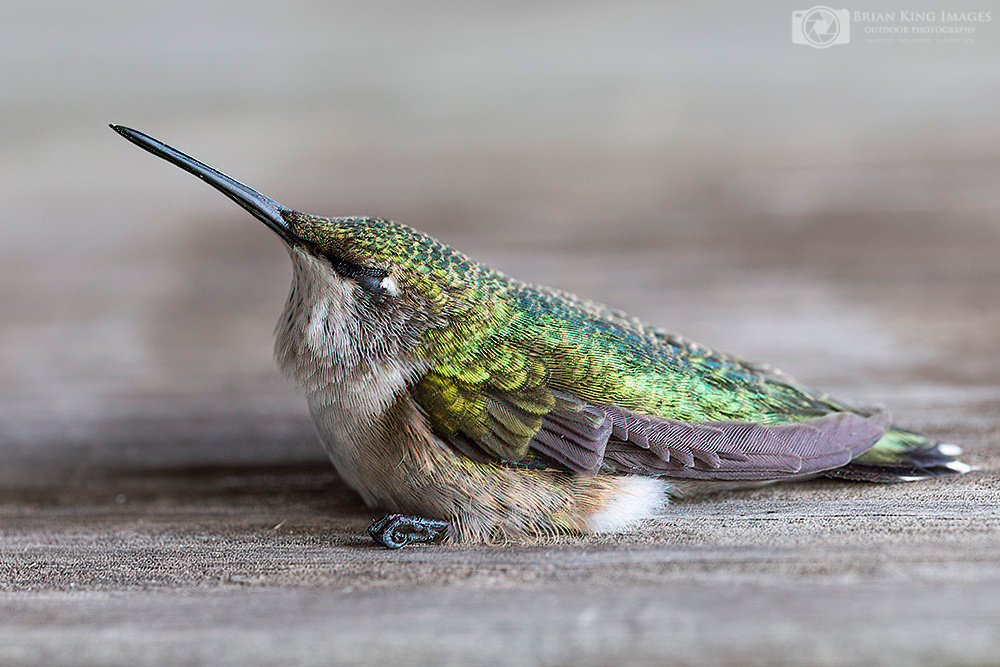 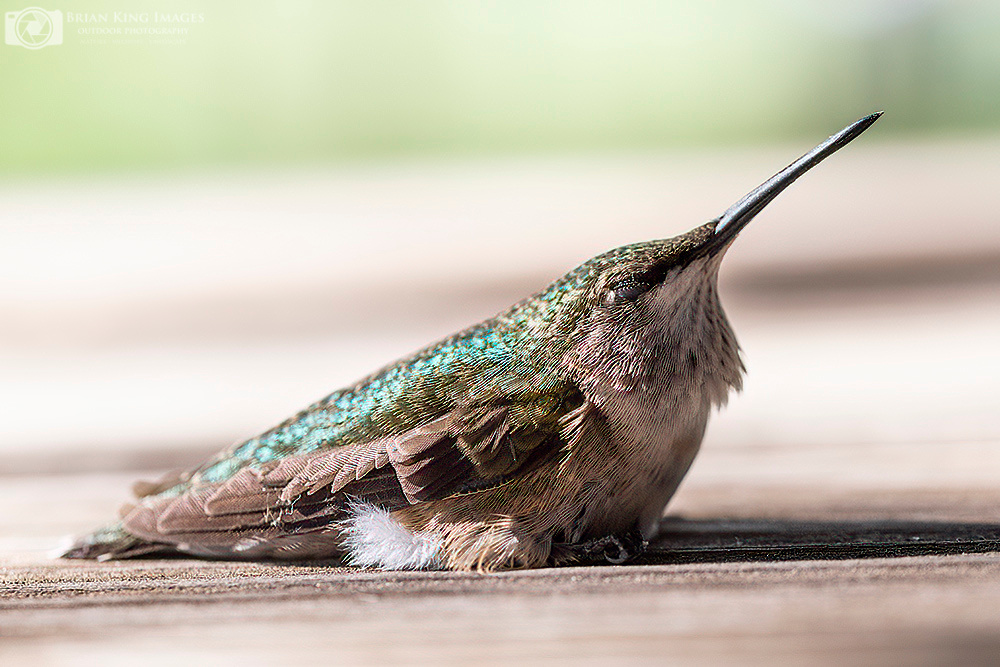 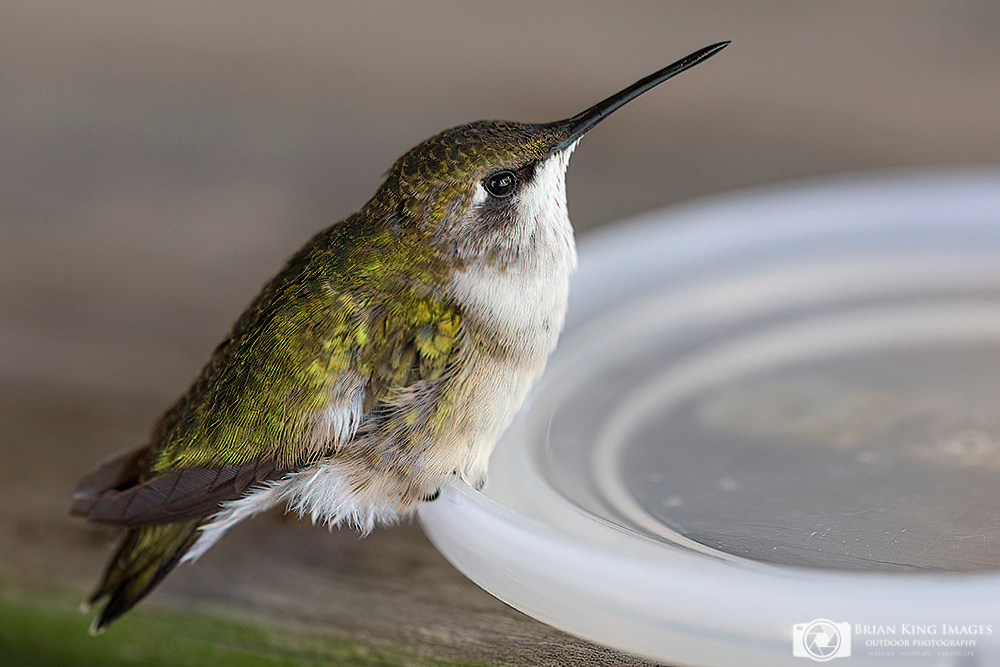 Lea's Menagerie(non-registered)
Beautiful photos!
Have a blessed day!
Anu(non-registered)
It is so great that it recovered. It is so beautiful bird.
Ida P. Krause(non-registered)
Oh my gosh that is just so awesome that you were able to rescue and help this little hummer out. Your photos are so detailed and just amazing.
Kay(non-registered)
I'm sorry for the overheated hummer and glad it recovered. In the meantime, you took some spectacular shots of the sweet little thing. What a wonderful story, too.
Yvonne(non-registered)
You have such a kind heart. Beautiful photographs.
No comments posted.
Loading...
Subscribe
RSS
Recent Posts
Picked Off Going Up Let It Snow Last Light Cool And Calm Locked Out Christmas Snow Insulation Ruby Red Watercolor
Keywords
landscape sky fence great blue heron barn cardinal clouds tree ruby-throated hummingbird reflection
Archive
January February March April May June July August September October November December
© Brian King Images
User Agreement
Cancel
Continue